Free shipping over $75 for all Domestic (USA) orders 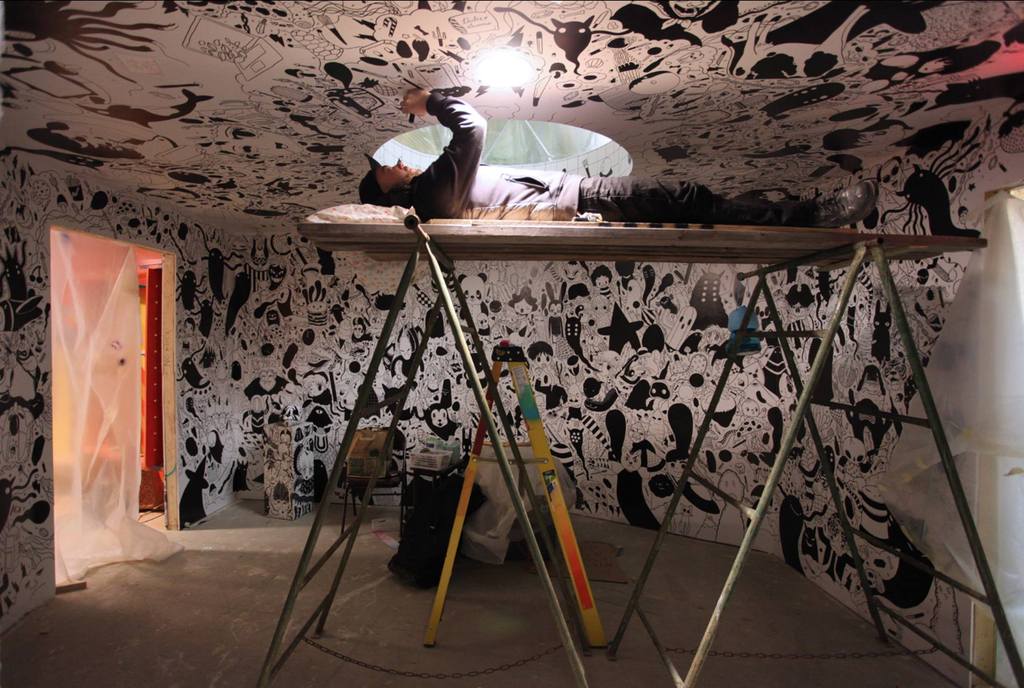 Nico has been drawing since he was a small child and grew up between Santa Fe, California, & Hawaii due to his father’s service in the US Navy.  These three locations heavily shaped Nico’s style showcasing a unique synergy of cute & dangerous imagery that blends influences of manga, street culture, comic books, graffiti art, and 90s nostalgia.

He received his BFA in Painting from the Institute of American Indian Arts in 2014 and shortly after joined up with artist collective Meow Wolf to produce his wildly popular mural-room installation Hidden Capsule in Meow Wolf’s House of Eternal Return. Nico went on to form his product line Future Fantasy Delight in 2015 with support from Meow Wolf and is currently working on his Spring/Summer collections.

Nico enjoys gazing at the Tokyo Skyline, collecting luxury paint markers, being around palm trees and practicing his psychic powers.